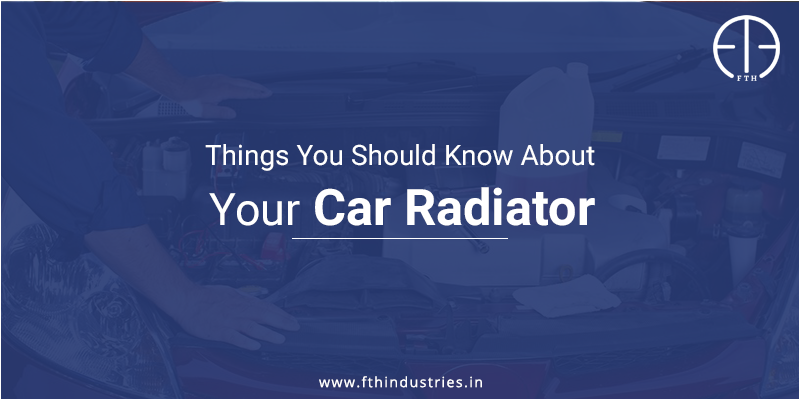 Things You Should Know About Your Car Radiator

According to surveys, the most common cause of car breakdowns is overheating radiators. It seems quite ironic that the device meant to keep your car cool is also the one that overheats and breaks it down. When an engine runs, it begins to create friction. Ask any 6th grader, and you’ll hear that friction generates heat. However, the friction in the car engine is so immense that the heat can melt metal. The only way to keep your car from getting damaged from this heat is to radiate the heat away. This is done via liquid cooling the engine and releasing this heat from the radiator. This shows the importance of radiator in cars, and tells how important it is to look after them. Here are a few quick fixes from reputed radiator manufacturers every car owner must know for their radiator:

The coolant is a mixture of ethylene glycol and water. This is pumped around the engine to absorb heat and release it via the radiator. The ethylene glycol helps in preventing the water from freezing in cold environments and boiling in hot ones. If you ever notice your coolant level is low and you are on the road, you can fill it with water. This can work better in normal weather, however, in extreme situations it can still move your car enough to reach a petrol station to fill up with actual coolant.

When the car moves through dusty environments, it can accumulate dust and dirt in the radiator which can eventually clog it up. This is what can cause the airflow to block and overheat your car. If your coolant level is fine and your car breaks down in the middle of nowhere, this is the most probable cause. Once you open the bonnet, wait for the engine to cool down a little, and then you can visually inspect the radiator for signs of clogging. If you don’t see anything at first, it could be an internal clog which can be spotted after opening the radiator cap. If the fluid or radiator have any brown discoloration, this signals an internal clog. Leading radiator core suppliers suggest that you can sort this out by emptying the coolant in a container while passing it through filter paper.

These quick fixes may sound basic, but are extremely useful in the case of any breakdowns. Most radiator suppliers will advice that you should get your radiator serviced every six months as this would avoid most cases of breakdowns.