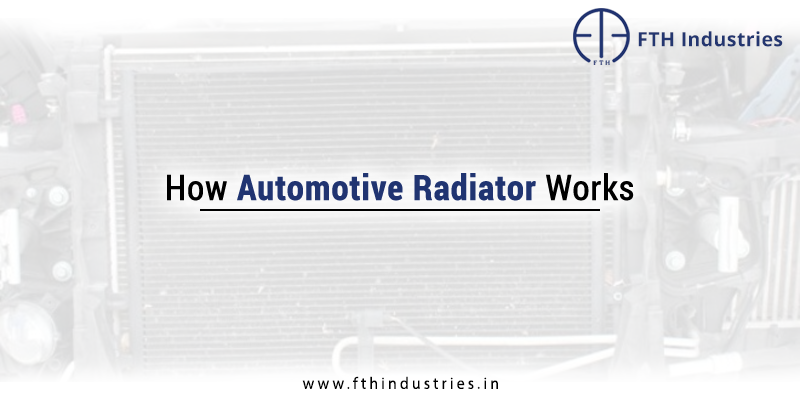 What is An Automotive Radiator and How It Works?

The widest range of radiators is found in automotives as they are used in various vehicles across the globe. Radiators are used in these vehicles in keeping the engine functioning properly by radiating the heat which is produced inside according to the environment. Accretion of heat inside the engine can hamper its longevity thus reduces the overall health of the vehicle. As a result, it is important to fit in a radiator to maintain the heat of the engine with other automotive parts for the desired performance for a long time.

A car radiator supplier better understands the difference between the radiator used for a car and home. The one in your home often works for keeping the room warm but in the car, it works something different. There are plenty of radiator exporters in the city that may help you with its technical usage. Let us understand the simple way of how a radiator works.

Cooling system- Like human beings even car needs its juice to survive long, and so an engine both burns fuel and creates friction. Though heat is needed, it still needs to be diverted to avoid the damage of the car. That’s why engines have in-built cooling systems, the exhaust system in simple terms. When radiator kicks in the thermostat in the front detects when the engine has reached the level of burning without the risk of breakdown. The friction and burned fuel are sent back to the radiator itself. A fan is also positioned nearby that helps cool the coolant further.

When the cooling system goes bad the radiator plays an important role in cooling down the heat of the engine. One common issue that can be faced with the risk of a sudden breakdown is that the coolant becomes clogged and can no longer open. The engine gets overheated and it takes time to cool down. Certainly, if you notice a leakage under your car, it is important that you have the vehicle suspected immediately. These problems can be serious and a straightforward solution is necessary.

There are many car radiator suppliers like FTH Industries who supply automotive radiators according to the model of the vehicle and its engine type.